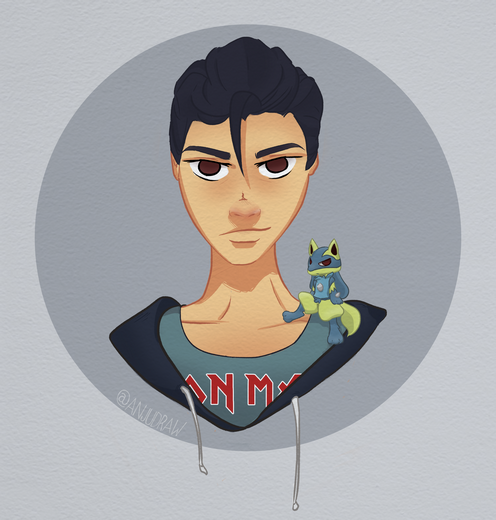 Hello everyone,
MrKoronas, Eckie, Pronixx and I have been discussing about what we could comunicate during the training session. So far we have come up with this program.
If I put it up here, that's because I would advise you to go over it, as almost all the topics are quickly explained. This way, if you missed a training session, you can still look at this and gather some information.
The "General awareness" and "Planetside reflexes" chapters are especially made for less experienced players, or just players that didn't bother looking more in depth into the game. By reading these chapters, you could get an information you didn't already know, wich would improve your survivability and overall effectiveness.

2) Communication
a) Squad name and number
i) Alpha One or A1 in squad or platoon chat
b) Spawning vehicle
i) Alpha Galaxy Up/Spawned
c) Difference between a request and an order
i) Who can pull a galaxy for Alpha?
ii) Alpha three pull a galaxy
d) Kill confirmation
i) Sunderer at platoon waypoint down
ii) Sunderer on orange smoke down
e) Calling enemy position
i) North/South/East/West
ii) Building position Small stairs/Big stairs/Balcony/Tunnels
iii) If you die in a building call out rough numbers and class’s
iv) Enemy sunderer between A and B point
f) Knowing building terminology
i) Small Stairs
ii) Big stairs
iii) Banana building
iv) Double doors
v) Top/bottom/Roof
vi) Tunnels
g) Reconfirm orders in case of misunderstanding
i) Copy/Roger/understood <- That you received clearly the instructions
ii) Asking again what you should be doing if you don’t know/understand

3) Redeploying
a) Most important key in the game
i) U key
b) Why is it so important?
i) Allows the squad/platoon to be responsive
ii) Makes winning a battle easier
iii) Squad leads can focus on the next objective
c) What to do when a redeploy is called?
i) Press the U key regardless of what's going on right now.
ii) If unsafe then run towards the enemy and spray and pray until you die
iii) Do what is fastest U Key or Die
d) Map screen
i) Top left of screen
ii) Squad spawn options.

4) Beacons
a) Switching out squad leader
i) Sometimes, squad leaders are asked to redeploy first to a base in order to put a beacon; Don’t redeploy on that base if you’re not a squad leader, wait for the beacons to be up.
ii) Request new squad lead, “Who can place beacon”
iii) Setting up the “Squad Promote request” hotkey, Initially not assigned to anything
b) Call when beacon is up/dies
c) Spend the least amount of time to put the beacon in the best position
i) No more than 5-10 Seconds
ii) Behind a wall or a box
iii) Out of easy line of sight from the enemy
iv) When on point hold use the roof stairs

5) General awareness
a) Use of minimap to know where the main attack is coming from.
i) Infantry, Max’s and Galaxy Drops
ii) The minimap allows you to spot a target or a threat
b) Knowing the most commons building in the game and their safe spots
c) Knowing how to break in a room as safely as possible
i) Push into a point room and stick to the walls, don't run straight in.
ii) to take out the greatest threat first, Turret , Max Etc
iii) Spot the places where an enemy could be (look for crates, pillars, etc…)
iv) Medics throw a revive grenade at the door entrance as we push the point too pick up the first fallen.
v) Prior to the push, throw some grenade in first
d) How to position yourself in order to survive or to hold a position
i) Be in a spot where the enemy comes from as few places as possible
e) How to recognise a safespot, how to recognise a potential danger
i) If you see a dead body on the ground, just think that he died of something. So be careful if you approach the body (especially for medics).
f) Keeping doors clear during Point holds
i) More guns on the door because nobody blocking it means that the enemies die quicker
g) Behave in the correct way depending on your class
i) Medic stay safe and heal, revive damaged/dead allies while staying safe yourself
ii) Heavy assault tank damage, peek enemies, lead pushes
iii) Infiltrator keep spotters up, hack terminals and flank enemies to cause confusion
iv) Engineer stick to maxes to repair, get barriers and turrets up near the frontline
v) Max’s stay in an area where Engineers can repair you while being safe
h) Use your spot key
i) Gives important information on enemy positions as well as giving extra xp -> literally no downside to using it

i) Don’t shoot at a target that is about to take cover or can take cover very quickly (if you shoot and don’t kill him, you give away your position)
j) What to do when constantly dying in the same spot?
i) Move away from there and find a different spot where you are safer
k) Know how to revive.
i) Check the area first, kill enemies you see if you are confident, then revive. You have enough time

6) Planetside reflexes
a) Knowing what "clientside" is (Ping advantage/disadvantages)
b) If you’re getting shot by surprise, seek cover and reset the engagement
c) Stay close to cover
i) Don’t be afraid to leave engagements to wait for friendly support
d) Pre aim corners
i) You can guess where the enemies usually are, aiming where they should be to acquire the correct aim faster and gain an advantage
e) Headshots. Headshots, headshots, headshots again.
f) ZigZag in the open if getting shot at
g) Don’t stand still.
h) Shoot at the Maxes!!! Don’t run away. If two or three people empty their mag on a Max, he’s dead.
Healers are for those who get hit!
Top
Post Reply
1 post • Page 1 of 1